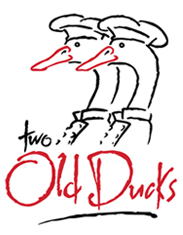 I was delighted to share Community Kitchen with Giorgio Venturieri  today. He is a passionate bee researcher and has recently returned from the Amazon  where he was contracted to study the native bee colonies within developing areas. With over 300 species identified these social bees and are known as stingless bees. They are active all year but only produce smaller quantities of honey. A European bee hive containing 60,000 bees will produce around 10 litres of honey whereas the native hive consisting of 3,000 bees will only produce around 7 litres.

Like European bees they will swarm but usually this indicates a mating pattern or a swarming attack can also mean the take over of another cavity to relocate the hive. They love a hollow log and Giorgio suggests that if we spend the time looking we will all come across a native hive.

I notice them on the flowers regulary and another suggestion from Giorgio is to encourage them by planting native flora.

They are a delight in the garden.

BUT from honey to sugar and couldn’t help but share the article from the Parents Voice regarding sugary drinks.

Not surprised to read just how much sugar is in a can of soft drink – but a little enlightened when it came to the varieties that were laden with sugar. I

guess we all think of Coke as being the ‘elephant in the room’ but reading from the list:

Interesting to see that the drinks come in all shapes, sizes and marketing plays but even Lipton Ice Tea and Vitamin Water had more than 5 teaspoons of sugar in a 500 ml drink.

AUTUMN  has arrived or Summer has supposed to have finished.

Thought I would share a few Autumn meals on the Recipe page just to entice the tastebuds.

Always a new kid on the block and looks like millet, sorghum and barley will hit the stage this season. Also noticed quite a few dishes with roasted grapes and the Hassleback  Apples look wonderful in a supermarket giveaway cook book and makes you think of those coolish nights, a light soup some crusty bread and a little pudding to warm the sole.

Two Old Ducks was born out of a wish to promote back to basics food - cooking from the pantry and garden for your family. I always felt that a couple of 'old ducks' conjured up a simple sharing of cooking together and of course enjoying the fruits of your labour.

Theme by Anders Noren — Up ↑